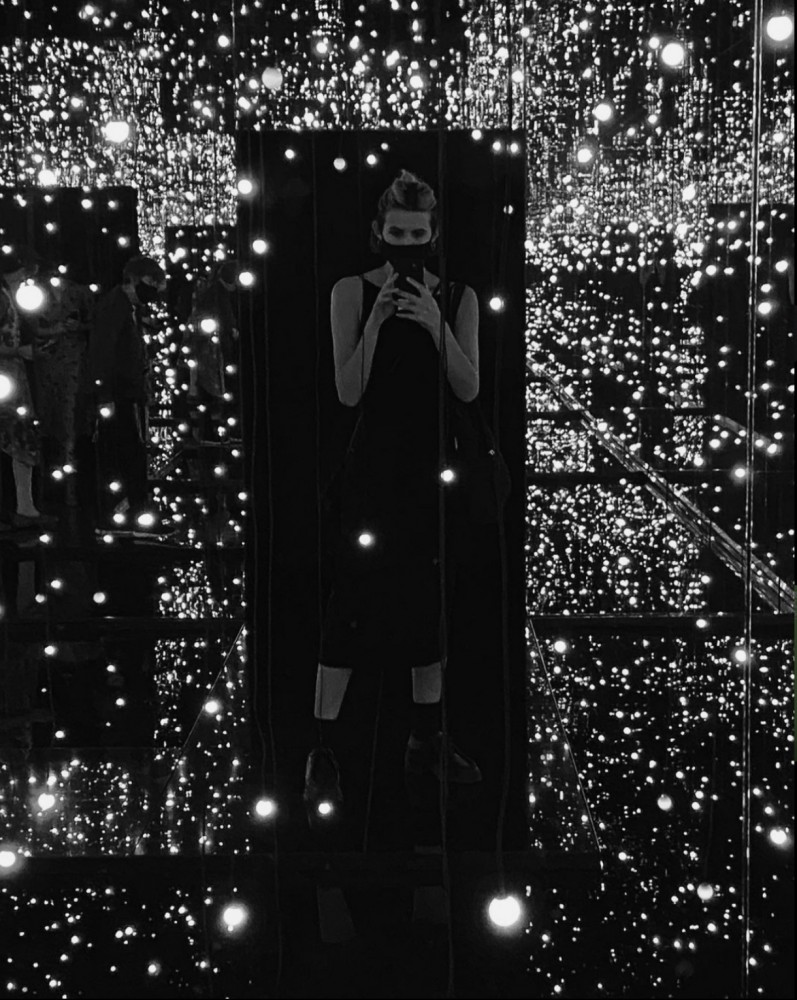 As Darklight Art’s resident history boffin I often find myself citing [or daydreaming about] female art collectors and patrons from the twentieth century who laid the groundwork for women in the art industry today, and I’ve been thinking about why I find them so intriguing. I’ve narrowed it down to three magical ingredients:

Firstly, they had impeccable taste.

Secondly, they had the good fortune of being in the right place at the right time, when art was at its most dynamic, radical, exciting [at least to me].

And lastly, they had stacks of money. They existed in a different age, a different WORLD to this one, and although their fabulousness cannot be denied, their values and priorities when it came to collecting were probably wildly different to those of their successors in the field.

Why probably? Well, we don’t often hear from contemporary female art collectors, at least not outside of the pages of Tatler and Forbes, and when we do it’s women from the 1% whose collections have been hatched from Wall Street millions. But no matter how modest or abundant, these are the women whose collections will come to define this era in art, whose legacies are being built as we speak, and who may have creative genius hanging on their walls. Let’s hear what they have to say.

How does a woman go about making that first crucial purchase, what’s more important out of value or connection, and who are the artists to watch [and buy]? Here, a new generation of female art collectors share their stories.

Renee Vaughan Sutherland’s collecting is predicated on a desire to support creatives who have been marginalised, or who have not been given fair opportunity to really nurture their talent. As a moving image artist Vaughan Sutherland is well aware of the struggle of juggling a practice and paying the rent. As such, the pieces in her collection are treasured members of the household; “I have a Lotte Glob sculpture sitting on my kitchen counter – I love it, I often give it a little pat when I’m cooking.”

Tell us about the piece that started your collection

It is actually quite modest – a poster by Danish artist Hans Christian Thomsen. I had been on an epic road trip across Europe, heading to Silkeborg with a friend who was originally from Denmark. The artist had produced a limited run of posters for the Silkeborg Regatta in 1999; I met him, chatted to him on the night of the festival and he signed it for me. It is imbued with that trip, that moment, Denmark… and it set the tone for my love of collecting artwork that has a connection to place or the artist directly. The framed poster hangs in my studio and I still love looking at it.

It is connected to my previous answer, I typically want to feel some form of emotional connection – I sit on the fence for a while if I don’t have a personal link to a piece of work in some form. Cost does come into it – I’d have a lot more bigger, sculptural pieces if I had the space and the budget. Finally, I’ve got to love it. I don’t buy for ‘investment’ – that doesn’t make sense to me [although I recognise it can be lucrative].

Whose work are you coveting at the moment?

Tif Hunter’s ‘Boots & Feathers’ print [part of Darklight’s collection 😉] – I’ve wanted it for over a year now. Photographer and videographer, Destine Paige. She has a print I really want – one of her earliest works, but she has been unable to find the negative. I live in hope. & artist Serena Korda’s crazily beautiful ceramic sculptures. 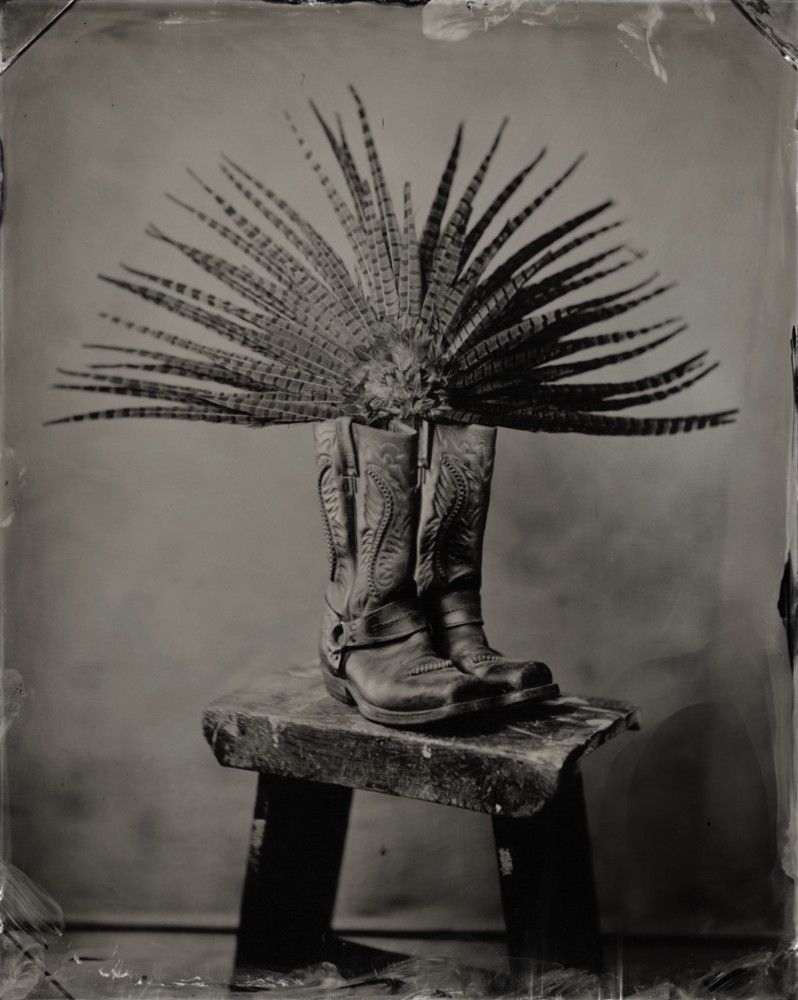 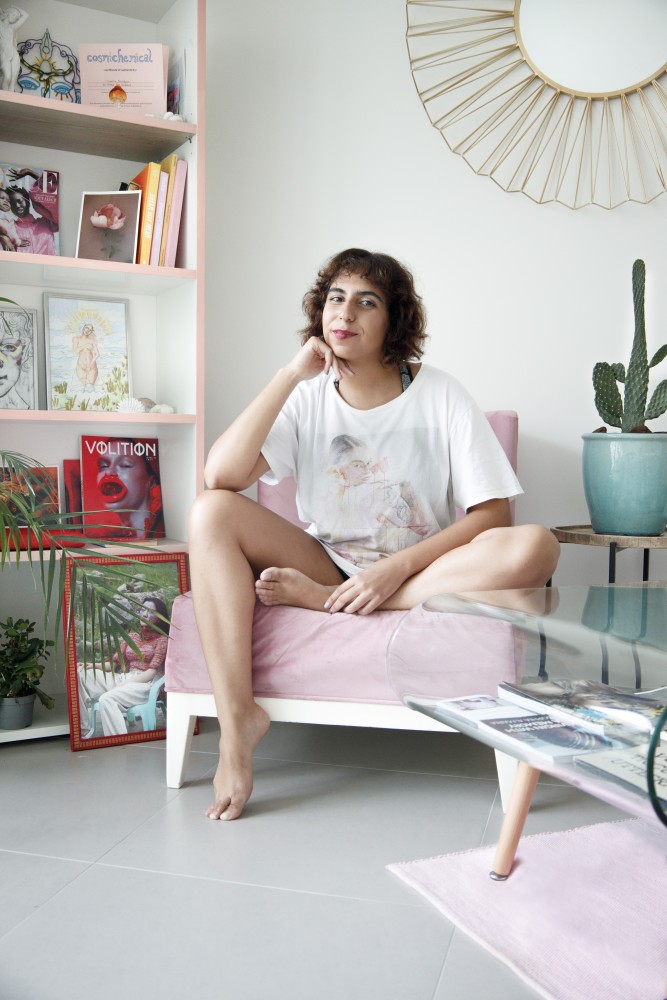 Through her job as an art director, Mai Abuhendi appreciates more than most just how labour intensive a single piece of creative imagery can be. For her it is as much about the process as the finished product, but above all: “Collecting means connecting. Even if I don’t personally know the artist, I feel that I have a connection with them through their work.”

Tell us about the piece that started your collection

I started with collecting art books before I collected pieces and prints. My first ever photo book was Roger Ballen’s Shadow Chamber which features quite a theatrical yet stark representation of South African male psyche. Another favourite is Jimmy Marble’s “Dream Baby Dream” of which I own a limited edition print from his Open Field series.

There’s a sense of colourful escapism within this piece that I really enjoy. What spiralled this into a serious endeavour was having just moved into an empty flat during lockdown and not being able to visit any art galleries or shows. My favourite memories of traveling are frequenting art markets and fairs in places such as Berlin’s Museum Island, London’s Dover Street Market, Glasgow’s Contemporary Art Festival and Art Dubai in the UAE.

I craved the physicality and synergy of engaging with an artist’s collection, which led me to investing in online prints. At first, it was a way to support artists in my inner circle and photographers I followed. This quickly developed into hunting for new talent on Instagram. That’s how I found Darklight. My first print from the platform is Jess Cochrane’s Life, 2020. Jess’s brushwork has a way of evoking chaotic sensations from within a poised and still subject.

Chemistry: I like to feel something when I look at a piece. It’s sort of like meeting a friend or a lover for the first time. There is a specific sense of familiarity and otherworldliness within an art piece that transports me to another state of mind. I sort of think of it like emotional time travel in that sense. It’s a fantastic feeling.

Quality: I look at the materials, the print, the quality of the ink. It’s quite hard to view those things online, so I like to do my research and have an open dialogue with the artist or platform.

When I fall in love with a piece, I want it to last so I make sure to ask about the longevity of the art piece and the best way to install it. I’m also conscious of whether or not the materials are as sustainable as they can be.

Price and installation: I see art as an investment, so I don’t mind splurging on a piece if it speaks to me on a deep level. I also tend to lean towards pieces that give a percentage to charitable causes I support. However, I do need to take budget into consideration.

What’s your fantasy piece from art history that you’d love to own?

As curator and director of Moniker Art Fair and founder of The Art Conference, it’s no surprise that Tina Ziegler’s approach to her personal collection is rooted in storytelling. Her career, passions, and contemporaries are all documented as part of her collection, and she is strategic in her purchasing; buying only directly from living artists, and never from the secondary market. “My collection is a visual story of my life, my passions and the people I have met and the artists I have had the pleasure and honor to work with.”

Is it important to you to have gender balance in your collection?

I try to collect work based on the raw talent of the artist and how they create their artworks, not by gender, race or nationality. But I do make conscious decisions with building my collection to have diverse representation and ask where the artist fits in with the wider story of urban and contemporary art, and what makes the artist special. I am conscious to support the women in the subculture because to be honest there are few, but it is not the deciding factor.

First is why I want to add it to my collection? This tends to be because I love it. I have a lot of work in my collection that this was the only factor I considered. I loved the work and couldn’t stop thinking about it. The reason I buy a work is often very personal. I tend to ask myself… Does it symbolize a moment in the artist’s career? Is it of personal significance from an exhibition I curated? What story does it tell me about the time and place I bought it?  Why do I feel I need to have it?

Second is whether I trust it will retain its importance and value, and will it comfortably form part of my collection. I am not building a collection for financial gain or on-selling but ultimately trying to document an art movement that I have had the pleasure to be a part of. I feel personally responsible to build a collection that highlights moments of its legacy.

Third, can I afford it?

What’s your fantasy piece from art history that you’d love to own?

I often visit the Tate Britain to stand in front of The Lady of Shalott by John William Waterhouse. It would be pretty magical to own it.

As co-founder of Darklight Art, Mimi Gray is responsible for helping others in beginning their own collections as well as growing her own. For her, supporting artists is everything. Her background as an art buyer in the ad world [and mentor for artists and photographers looking to get seen], means that she’s all about developing artists’ careers, be it through opportunities or sales.

“When I buy a piece, it makes me feel good to know that I’m helping that artist to continue the work they’re doing. It’s less about investment: turning a profit, and more important for me to buy the work I love and want to surround myself with.

Is it important to you that the pieces in your collection align with each other aesthetically?

The aesthetic of the works I buy is guided by my personal style, so in that way, they’re naturally curated. My partner, who I live with, also owns art, and they’re a little different to my collection. We’ve created different spaces with different feels. His works are mostly collected into a salon hang in the kitchen, and my darker works cover the upstairs. 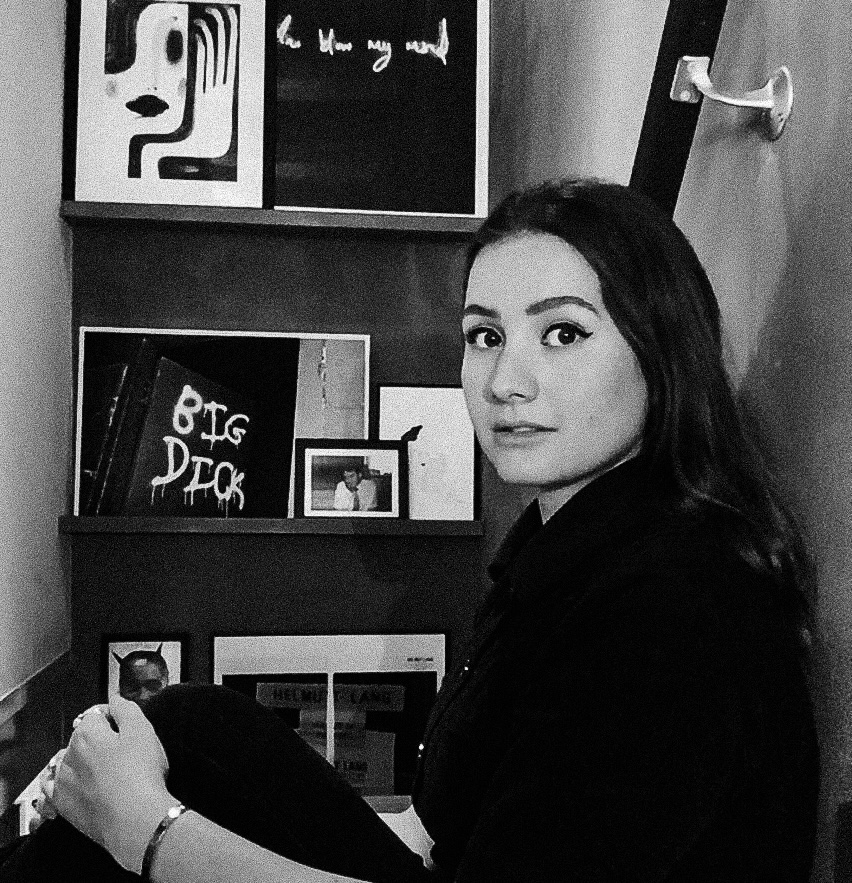 Do you have a strategy for capitalising on your collection in the future?

More and more opportunities seem to be opening up in the art rental sector. This is something we are interested in looking into and could be a great future strategy for capitalising on our collection.

Name the piece you most regret not buying.

Tom French, Dualities. I came so close to buying a painting from this series, but decided against it. Last year the artist sadly passed away [far too young]. I think so often about how I didn’t buy this piece when I could have 🥀

India is a researcher and brand consultant living and working in London. She writes across fashion, style, art, design, culture, and photography. Follow her at @indiabirgitta FOLLOW ME INTO THE DARK: TEN ESSENTIAL PHOTOBOOKS FOR THE AUTUMN/WINTER SEASON