ON BLOWING UP, WITH REG WILKINS

IT’S AN ILLUSTRIOUS BEGINNING TO A CAREER: ASSISTING SOME OF THE MAJOR NAMES IN THE FIELD OF TWENTIETH CENTURY PHOTOGRAPHY, AND CONTRIBUTING BOTH BEHIND AND IN-FRONT OF THE CAMERA ON A MOVIE WHICH HAS COME TO DEFINE THE REBELLIOUS CREATIVITY OF SWINGING LONDON.

BUT FOR ALL THE FAMOUS NAMES –– RICHARD AVEDON, DAVID HEMMINGS, MICHAELANGELO ANTONIONI –– IT’S REG WILKINS’ PHOTOGRAPHS THEMSELVES WHICH ARE THE REAL STAR OF THE SHOW. IN STARKLY CONTRASTED MONOCHROME, REG’S LENS CAPTURES THE JOYS AND MUNDANITY OF EVERYDAY LIFE. THEY ARE DAZZLING IN THEIR RAWNESS.

WE HAD THE PLEASURE OF TALKING TO REG FROM HIS HOME IN UTAH. IN AN EMAIL EXCHANGE WHICH LASTED MANY WEEKS, REG SHARED HOW HIS OWN EXPERIENCES HAVE LEFT THEIR MARK ON HIS STUNNING WORK.

I’d like to start by asking about your start in the industry and how you came to photography assisting in the 1960s.

Art was my favourite subject at school but I had not, up until 1964, discovered photography.

One day my younger brother, Victor, who was David Montgomery’s full time personal printer came home and suggested I apply for the position of David’s assistant which was vacant. I subsequently applied and to my delight was hired.

The next seven years was a whirlwind of photographic education, exploration and discovery. I had no formal photographic training prior to this so it was all down to learning on the job. But I loved what I was doing and voraciously assimilated everything so much more efficiently and lastingly – until my head injury which was to follow much later.

The 1960s was a decade of real artistic experimentation and radical creativity. How did coming of age during this era influence your photographic practice?

Photographically, it seemed as though everyone was experimenting and pushing boundaries like never before and it was thrilling to be involved in the changes taking place not just in the photographic industry but almost everywhere.

Blowup is, in my opinion, the quintessence of 60s cool [and one of my all time favourites]. I want to know everything about your experience of working on the movie as photographic advisor and on-screen photography assistant.

During this time Michaelangelo Antonioni, who was visiting various fashion photographers’ studios gathering ideas for his film Blowup, came to watch David Montgomery at work. Soon after David revealed, to my astonishment, that Antonioni wanted me to be both a photographic advisor and appear in the film as David Hemmings’ assistant.

David Montgomery very generously released me as his assistant for a period of time to work on Blowup after which I resumed working for him.

There’s not a great deal to say regarding my experience of filming Blow-Up, honoured though I was. As exciting as it sounds, there was a lot of sitting around waiting and occasionally being asked to be on set or, asked a question by Antonioni about stills photography equipment or film processing or printing procedures. With regard to acting as David Hemmings’ assistant in the film, I just did what I normally do in real life as a photographer’s assistant so it was all very second nature.

David Hemmings was very jovial and enjoyable to work with and he posed for me for a few shots between filming. All the fashion models in the film we had previously worked with regularly in real life so I really felt quite at home. 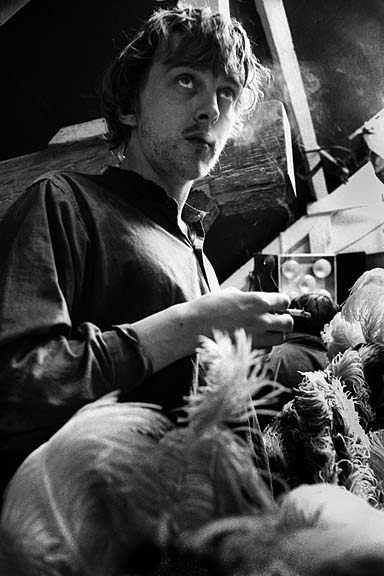 So was the role of photographic advisor primarily to ensure that David Hemmings was holding the camera the right way up and that the photographic process seen on screen was as accurate as possible from a technological perspective, or was there an artistic viewpoint too?

Ha ha….you’ve got it, purely technical.

What were the crucial lessons you learnt in your assisting days? Any pearls of wisdom from Avedon or Montgomery

My memory is not good following the head injury and add to that old age and I’ve forgotten more than I know. But I learned so much as an assistant and on one occasion David saying it’s a little like a boxer – before you climb in the ring –– go out on your own –– you’d better be ready. So learn your craft and then relax and enjoy it. 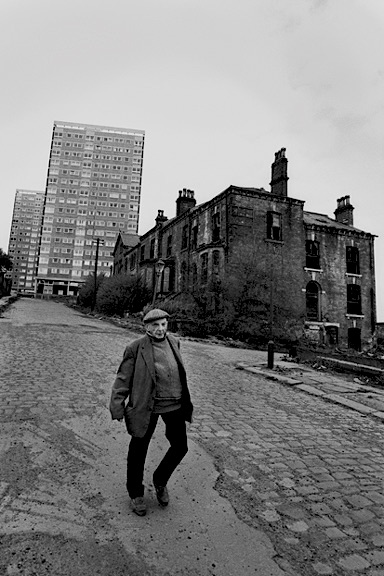 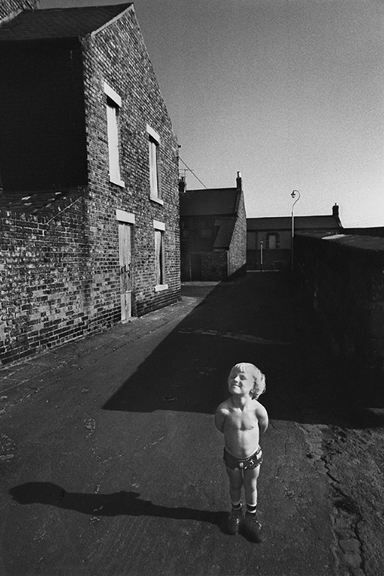 And that’s what you did… tell me about striking out on your own.

I was fortunate enough to have some of my work published both in the advertising and editorial sectors whilst I was still an assistant. As you may imagine, this greatly increased my confidence to start out on my own.

When I did, I was more than pleased to find that I almost immediately began getting regular work from several magazines including Management Today, Marketing, and Nova.

This regular exposure of my work attracted advertising and corporate clients both at home and overseas. Everything was going to plan…and then, five years into my freelance career, in the middle of a 90-day shoot in 35 countries I suffered a serious head injury after which I had to start slowing things down due to the injury.

Can you tell me a bit about how that injury impacted you?

The head injury left me with what I describe as mind muddle, memory blanks, conversational fragmentation and near constant head pain. If my sleep is disturbed the pain intensity escalates and I experience flashbacks to the accident. I guess it’s hard to imagine the knock-on effects of trying to work whilst experiencing these painful distractions and circumstances but it is very difficult. In addition to this, more recently I developed neuropathy which in my case manifests in stinging, burning and other pain types in most areas of my body and I can’t sit for long before the pain forces me to stand. Medical experts say they can’t say if my neuropathy is related to my head injury, that I was lucky to survive, and I just have to try and live with it.

Gosh, that sounds extremely challenging. What accommodations have you had to make in the way you work?

In recent years I have been concentrating on trying to get as well as I realistically can. But in the past I had to accept the fact that I could no longer travel more than very short distances. When I had attempted it I regretted it the next day and vowed never again. As touched on previously, most of my work involved extensive travel so in that sense those days were over so yes, that was significant. I had to take one day at a time and only do what I felt I could manage.

Do you see a significant difference in the type of work you made before and after the accident? How did it change your artistic vision?

As far as the creative aspect is concerned I work mostly instinctively so that didn’t change other than deepening my sense of compassion for the suffering of others.

What does compassion in photography look like to you?

That would depend on what area of photography I was engaged in at the time. But obviously my own long and challenging experience with pain helps me on some level at least to relate to the pain and suffering of others – which has an effect [even if only on a subconscious level] on what I am drawn to.

And what is it that draws you in terms of photographic subject?

Numerous things are of interest to me but likely chief among them would be the human experience.